WEB DESK: The schedule for the remaining matches of Pakistan Super League (PSL) 6 has been announced in Abu Dhabi.

The match between Lahore Qalandars and Islamabad United will start on June 9 and the final will be played on June 24. 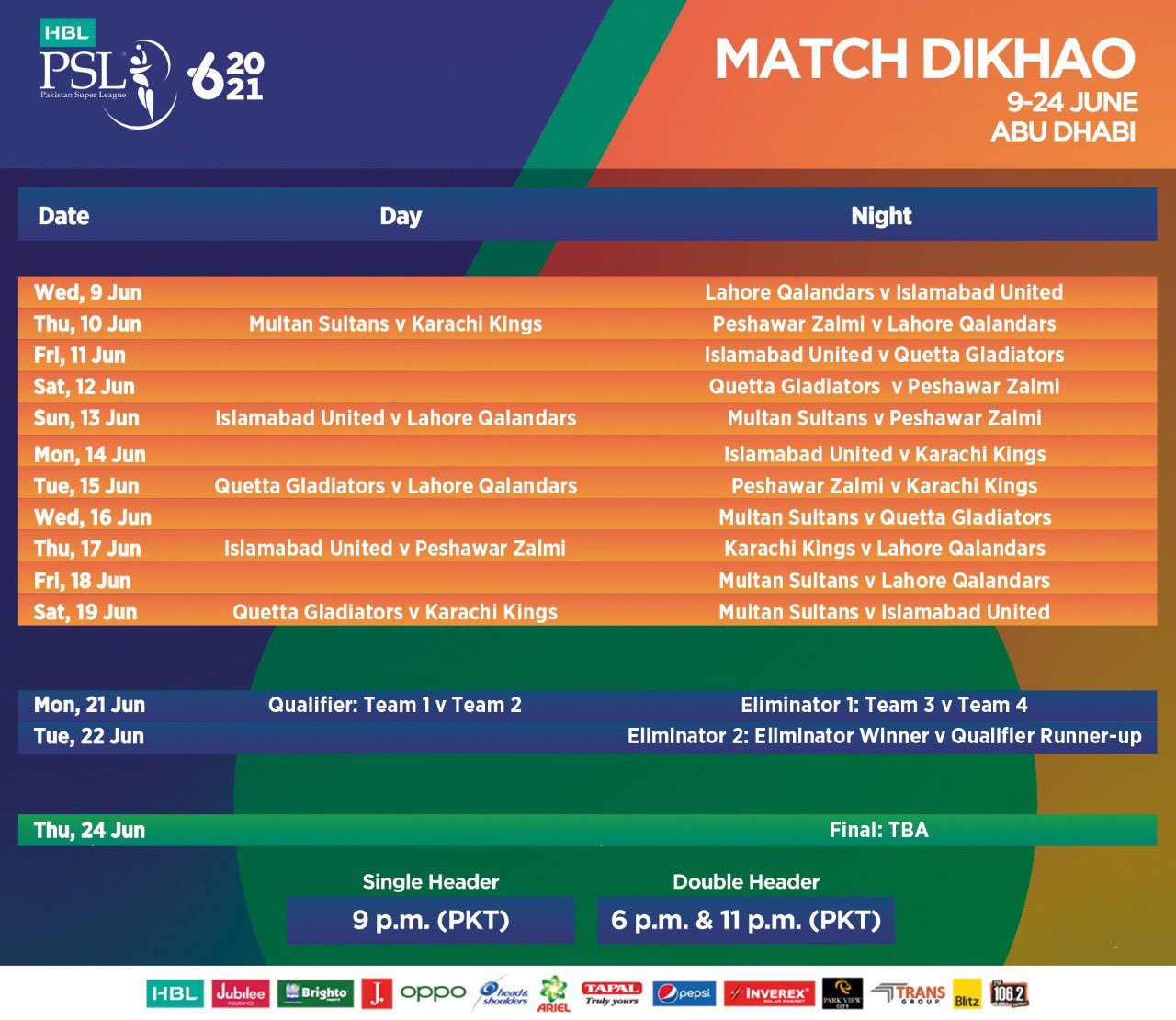