Hundreds of thousands of Sindh residents from Karachi to Kashmore and from Kanjhar to Karunjhar are still arriving to take part in the protest, despite the scorching heat.

This unique protest of its kind had started this morning, but now that evening is approaching, caravans from all over Sindh are arriving in droves and showing their love for their mother earth.

On the other hand, the so-called national media of the country has decided not to cover the protest, due to which no headline or big news about the protest is being aired on any channel.

However, millions of protesters have covered the protest through their Facebook Live and sent live footage of the protest to the world.

Millions of protesters are not only chanting slogans against Malik Riaz, but also against the Sindh government and especially Asif Ali Zardari’s anti-Sindh attitude. Nationalist political parties have also given their full support in today’s protest.

What is the case against Bahria Town?

In the case against Bahria Town, plaintiff Jan Sher Khan has taken a stand that on the afternoon of May 7, he saw security personnel of Bahria Town Muhammad Amir, Zahid, Abid and others occupying the land of Ghazi Goth. ‘

When he was questioned, “the security in-charge and other personnel started beating him and tortured him and kept moving around in different places.”

According to the plaintiff, Bahria Town officials took him to Sohrab Goth police station, where people from his village were present. He says that the people of Bahria Town handed him over to the police but after the intervention of the villagers, he was rushed to Abbasi Shaheed Hospital.

Meanwhile, some videos were shared on social media in which it can be seen that heavy machinery is moving towards the village along with the security personnel of Bahria Town and the villagers are resisting.

At the same time, the sound of firing can be heard. A video shows a man being beaten from a distance and falling to the ground.

The videos criticized the PPP government and its chairman Bilawal Bhutto on social networking site Twitter and many people tagged them in their messages.

According to locals, Hadi Bakhsh Gabol village was also raided by Bahria Town authorities in which an unidentified person named ‘Retired Captain’ warned the residents of the village that he (ie Bahria Town) would They will continue to take land because they have to make a way ‘, otherwise they should be given an alternative land, after which they were given an alternative way.

Hafeez Baloch, leader of the Indigenous Rights Alliance in Sindh, said that these people tried to occupy the lands of Gabol, Kalmati and Jokhia communities for the third day and the people continued to resist. “They were fired upon and shelled in the air for resisting.”

He claimed that “the police also supported him in this whole process” and at the same time Murad Gabol, son of Noor Muhammad Gabol, who had acquired four acres of land against Bahria Town three years ago, was also arrested. Bahria Town won the property lawsuit. 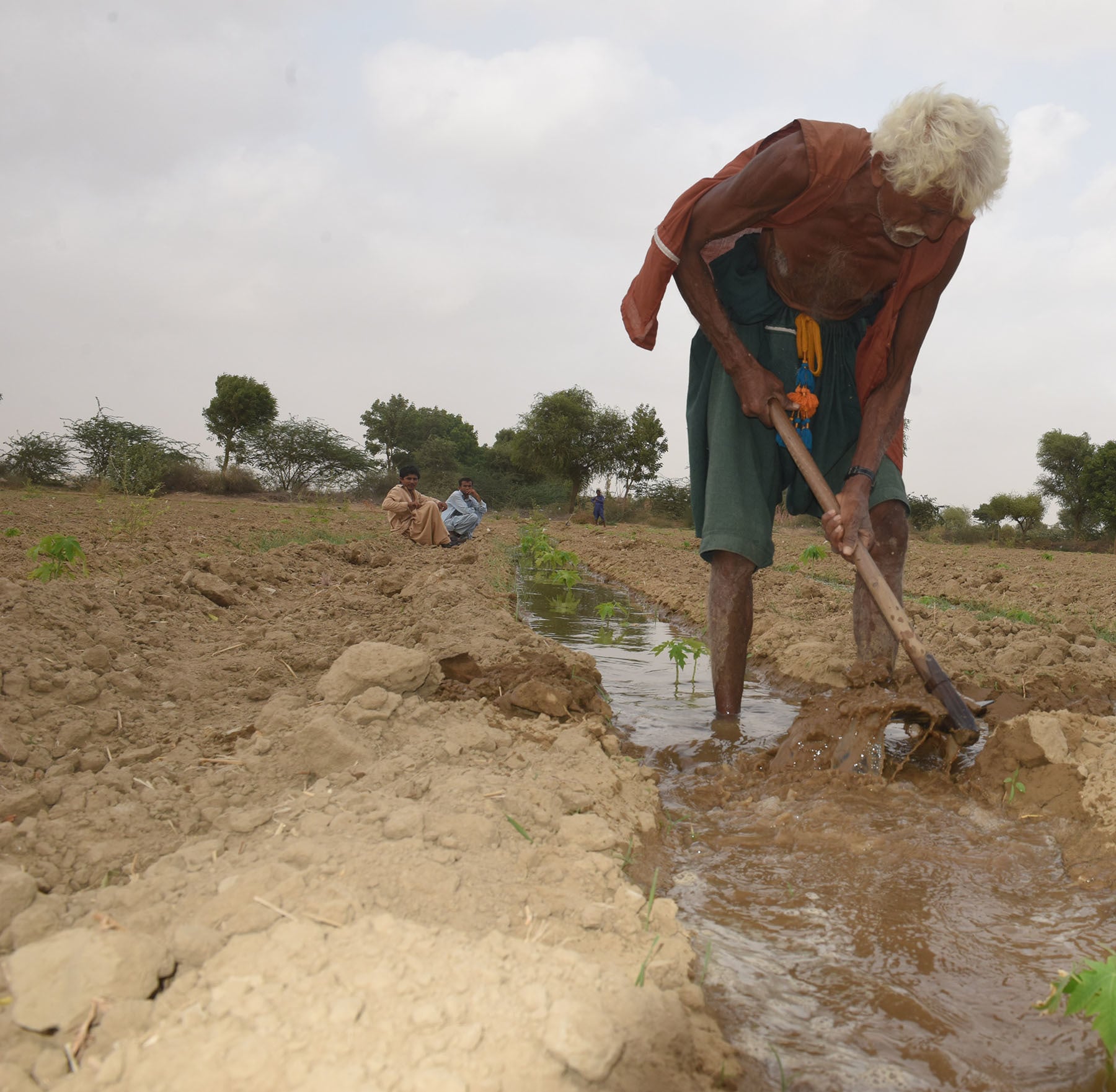 Following the incident, Murad Gabol, a resident of the affected villages, filed a petition in the Sindh High Court alleging that Bahria Town officials, accompanied by police officers, entered the village with heavy missionaries from April 27 to 29. ۔ According to the request, they want to build a road and drainage line for Bahria Town which will pass through the village.

The petition, filed through Advocate Kazim Hussain Mahesar, said that Noor Mohammad Gabol Goth has been inhabited since 1920 and 1922, which currently consists of 100 houses.
The village has a mosque, a cemetery, an Eidgah and three primary schools, he said. The village has a population of 700 people, according to whom the Sindh government has also issued a certificate of ownership.

The petition lists the Home Secretary, Deputy Commissioner and SSP Malir, SHO Gadap and Bahria Town as parties and seeks to outlaw the demolition of the village, construction of forcible road and construction of drainage line. Stop and open the village roads which have been blocked by the Bahria Foundation.

Advocate Kazim Hussain said that the division bench of Sindh High Court has issued notices to all the parties.

Past cases against Bahria Town Karachi

In 2019, the Supreme Court had ordered the management of Bahria Town Karachi to deposit Rs 460 billion in the Supreme Court’s account in installments after a case of alleged corruption in land purchase came to light.

However, Bahria Town later asked the court to grant them a reprieve due to the corona virus outbreak, but the court rejected their request, saying the government believes the economy is improving and plots in Bahria Housing And the houses are already booked.

Similarly, the Sindh High Court had ruled in favor of Faiz Mohad Gabol, a plaintiff against Bahria Town. Social activist Gul Hassan Kalmati said that after the decision, Bahria Town allegedly started construction on the site, after which he filed a contempt of court petition and “died while trying to get justice”.

Gul Hassan Kalmati says: “The court decision is enforced by the police who are with the Bahria Town administration. At present, about 50 petitions have been filed, out of which 35 have been stayed by the court but the work of the Navy has not stopped and these petitions are not being heard.

He says he has been protesting for many years, but has not yet been able to win the support of the ruling and opposition parties, nor have his protests and alleged actions by Bahria Town officials. Has a place in electronic media