As soon as the name of Kashmir pops up, the beauty of the valley that is a sign of nature’s craftsmanship comes in mind. The dark side of this is a seventy plus year history of conflict. Kashmir’s natural beauty and history of death and destruction go together like two banks of a river.

Human history bears witness to the fact if man has the good intention of resolving conflicts, there is no delay in resolving even the most difficult issues. But the bad intentions span the resolution of small problems for centuries. Kashmir is the great example of bad intentions.

The Indian leadership had decided to make Kashmir a part of India by putting aside all rules, regulations and laws and applying the principle of force. Thus, on October 27, 1947, Indian troops landed in Kashmir. The people of Jammu and Kashmir Decided to fight against this aggression.

The tyranny of the unarmed people was also decided to be suppressed by the sword. In the whole month of November in general and in the three days of November 4, 5 and 6 in particular, three and a half million people were killed. They were forced to take refuge. The Kashmiris refused to accept the life of slavery and are fighting for their freedom on every front.

The Indian rulers used very high and cruel tactics. Human rights violations were blown up. The entire state was turned into a complete killing field. It should be noted that this state is secular in making it a killing field. There is no difference between secular and extremist rulers. Just a few incidents to make it easier to understand that this was the situation when human beings could be expected to be treated as human beings to some extent because of an educated and enlightened group.

A story by London-based journalist Tony Allen-Mills, ‘The Secret Massacre Of Srinagar’ was published in The Independent, a leading British newspaper, on May 29, 1990. It is not difficult to understand by reading this that how Kashmiris were massacred during the Congress rule.

“An eyewitness to Indian barbarism described the indiscriminate firing of the Indian Police (Central Reserve Police Force) on a crowd of people. Firefighters … people were falling after bullets. I also fell down. 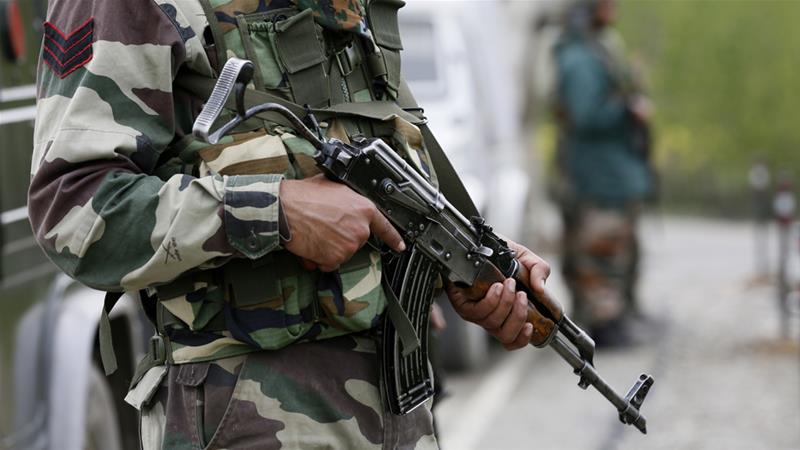 =
Save 50% on select product(s) with promo code 50Y49HS1 on Amazon.com
Indian police took control of the area. Bodies were scattered everywhere and groaning wounded. But I was not shot. I was alive and well. Then an officer came to me with a gun. He started firing at me. I was lucky that the bullet hit me in the back due to his bending. He fired six shots. Knock, knock, knock, knock, knock. My head was safe and I kept my senses. Meanwhile, I saw bodies scattered all over the bridge.

The eyewitness saw police guns passing through the corpses and constantly shooting at the wounded. If any movement was seen moving the body, any arm, head or leg, they would immediately shoot the bullets. And at the same time say … So you want Pakistan. You want freedom They would shoot and say. Take your freedom …

“It was the last week of January,” wrote Tony Allen-Mills, an eyewitness account of the incident. “I saw a little boy standing under a stall. An army officer came and shot at the innocent boy. He did not throw stones at the police. ”

Several Indian human rights organizations, including the Peoples Union for Civil Liberties (PUCL) New Delhi, The Citizens for Democracy New Delhi, Radical Humanist Association Mumbai, and Manay Ekta Abiyan, have jointly co-sponsored M. Tarkande, Rajendra Sachar, Amrik Singh, Bilraj Puri, Inder Mohan, Ranjan Trivedi, ND Pancholi and TS Ahuja formed a team, which made the first visit to Kashmir from March 9 to 13 and the second from March 28 to April 3 to find out the situation there. Meet people from all walks of life. Exciting quotes from the report released by him.

“A man was brought to a clinic in Anantnag (Islamabad) with injuries. But the forces did not allow him to enter the clinic and the doctor was not allowed to come out. As a result, the injured died.”

March 23, 1990 “There was no curfew at 8.30 am. But forces opened unprovoked fire on a three-wheeler and a Meta Dar vehicle, killing several people, including a pregnant woman and her 8-year-old child.”

March 13, 1990 A group of students between the ages of 11 and 13 were tutoring at the home of a non-Muslim teacher in Vicharnag, Srinagar.

All the students were non-Muslim except for one child. Meanwhile, an incident took place in the area. Central Reserve Police Force (CRPF) entered the teacher’s house. Identity cards were checked. One Muslim student was shot and he He died on the spot. This period of oppression continued till 2014.

Narendra Modi has been in power since 2014. The same Narendra Modi government who does not value Muslims or Christians more than a stray dog and who has never expressed regret over the ruthless massacre of thousands of Muslims in Gujarat. However, when he became prime minister, it was in America’s best interest to embrace him.

Can Pakistan and Joe Biden Get Along?

Don’t go too far, only July 8, 2016, the day the famous young Kashmiri party leader was martyred, from then until December 31, 2020, 1400 children, youth, the elderly, women were martyred, 39421 people were injured, of which 10280 innocent boys and girls were injured by pellets. Blindness is almost complete. During this period, 25928 children, the elderly and political activists were arrested, most of whom are still lodged in various Indian jails. 4364 houses and buildings have been reduced to ashes. The Indian leadership led by Narendra Modi was not satisfied with such atrocities. It has decided to rid Kashmir of Muslims and in this regard, on August 5, 2019, the state status of the state of Jammu and Kashmir was abolished and it was merged with India.

Sections 370 and 35 A have been abolished and the majority Muslim identity has been abolished in the first phase by giving domicile of Jammu and Kashmir to the citizens of India and this certificate has been issued to millions of Indian Hindus. The process of allotment of lands for establishment has started and plans have also been drawn up for the construction of new residential colonies in the name of ex-servicemen and Kashmiri Pandits. That is, Indian settlers will be settled in the Israeli style Every possible step has been taken to evict him from his homeland.

Under these circumstances, the Pakistani state will celebrate February 5 with full love and enthusiasm. Rallies will be held in every city, every town, Islamabad and other provincial capitals will probably be saluted with cannons. Traffic for one minute across Pakistan. And maybe in some places people will show their love and sincerity to the Kashmiri people by making chains of human hands.

Anyone who has not even mentioned the name of Kashmir as the chairman of the Kashmir Committee for many years will deliver a special speech in favor of the Kashmir Independence Movement in Muzaffarabad on this day. But the situation will remain the same as the Kashmiri people are facing.