Today is May 2nd. Ten years ago, on the same day Osama bin Laden’s operation took place and news of his death came to light.

Just yesterday, three statements came together. The first statement from US President Joe Biden, referring to the withdrawal of US troops from Afghanistan, said that the goals for which the United States had come to Afghanistan had been achieved, the biggest justification being the weakening of al-Qaeda. And its leader, Osama bin Laden, is to be killed.

However, CNN, the US broadcaster, said in a report that in response to questions from its team, two key al-Qaeda leaders in the region said it was “illusory” that they had forgiven the United States. They said the organization has relocated his manpower and leaders to Syria, Yemen and other countries after the US invasion and would not forgive the United States until it does not leave the whole Muslim world.

In addition to the two statements, an attack on a guest house in the Afghan province of Logar on Friday evening killed 30 people and injured 91, some of whom were students who had to take university entrance exams, according to Al Jazeera, some were government militia members waiting for a flight from here to another district. =
Save 50% on select product(s) with promo code 50Y49HS1 on Amazon.com
The United States is withdrawing from Afghanistan in the name of achieving its goals. In such a case, if this statement of the United States is seen as limited to its own interests, then it can be accepted to some extent, but the situation inside Afghanistan itself saying something else, violence has escalated and situation is getting worse day by day.

The main reason for the Afghan Taliban’s anger was the extension of the May 1 deadline for the withdrawal of foreign troops in the US agreement with them to September 11, as former US President Donald Trump announced in the agreement with the Taliban. He said he would withdraw US troops by May 1, but his successor, Joe Biden, unilaterally extended the date from May 1 to September 11.

Following the unilateral announcement, the Afghan Taliban also refused to attend a high-level conference on Afghanistan in Turkey, which has since been canceled.

Discussing the terms of the agreement’s implementation, some US officials have called the withdrawal of troops from Afghanistan a “big mistake” and said doing so would benefit the Taliban and increase violence.

After the invasion, the Taliban regime in Afghanistan was overthrown, its ambassador to Pakistan, Mullah Zaeef, was arrested, hundreds were arrested and imprisoned at Guantanamo Bay, and it was announced that the world is safer than ever and now al Qaeda is not even in a position to harm anyone.

Throughout the process, Pakistan was a non-NATO ally of the United States but things got worse when a team of US troops in Afghanistan raided the Pakistani city of Abbottabad on May 2, ten years ago. US forces stormed a compound and announced the capture of al-Qaeda leader Osama bin Laden, lowering the level of friendship and mutual trust between the two countries. The United States was seen as a enemy country because it launched an operation inside Pakistan and badly affected its position.

Due to the US presence in Afghanistan, Pakistan was the hardest hit, with more than 70,000 people martyred in thousands of terrorist attacks, millions injured and suffered huge financial losses. 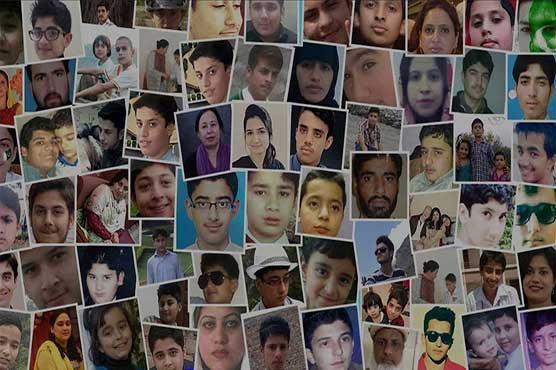 There were also incidents that shook the whole of humanity, including the attack on the Army Public School in Peshawar, in which more than a hundred children and school staff were martyred and some injured. In short, in these ten years of US action inside Pakistan, relations between the two countries have remained disturbed.

Currently, it seems that the world is once again being divided into two distinct blocs, one belonging to the United States and its allies and the other under the leadership of China and Russia, and the inclination of Pakistan is seen in the other bloc instead of the United States.

On the one hand, the situation inside Afghanistan is deteriorating, on the other hand, the traps of the international organizations Financial Action Task Force and the European Union against Pakistan are tightening. Now it is to be seen that how Pakistan deals with the difficulties posed by the adopted resolution and what steps does it take to avoid the FATF trap? T

he EU resolution based on the anti-French protests and growing hatred in Pakistan has revoked Pakistan’s GSP Plus status and restricted its access to European markets.

Pakistan’s recent “cold responses” to US demands, especially on Afghanistan and Iran, have also signaled a shift in Pakistan’s foreign policy, and Pakistan appears to be more independent of US influence than ever before, which certainly will have price to pay.

If you also want to write a blog, article, travelogue, etc. for us in Urdu or English, then pick up a pen and write a 300 to 500 words and email us with your photo, full name, phone number, Facebook and Twitter IDs and a brief but comprehensive introduction. Email Theindustribune@gmail.com

Will the Indian Army Chief’s Recent Statement Be A Step Towards Peace?

Corona Kills Lives of 80 Pakistanis, A Drop in Cases for Second Day in A Row