WEB DESK: Pakistan cricket team for series against New Zealand and England and ICC T20 World Cup has been announced.

The national squad for the ICC T20 World Cup has been announced and the same team will also take part in the series against New Zealand and England.

The ICC World Twenty20 kicks off in the UAE on October 17. Pakistan’s home series against New Zealand will start on September 17. 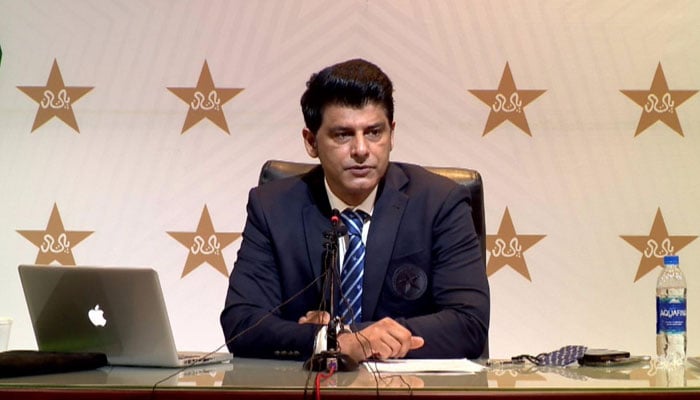 =
Save 50% on select product(s) with promo code 50Y49HS1 on Amazon.com
Muhammad Waseem said that Sarfraz Ahmed has been dropped while the reserve players include Fakhr Zaman, Shahnawaz Dhani and Usman Qadir.

Asif Ali and Khushdal Shah have returned to the national squad. According to Muhammad Waseem, the 15-member squad includes 5 batsmen, 2 wicket-keepers, 4 all-rounders and 4 fast bowlers.

Chief selector Muhammad Waseem said that Azam Khan will be the backup wicket keeper, so he was selected. If Azam Khan joins the team, the middle order will also benefit. Azam Khan can also fill the gap of the middle order. ۔ We are confident that Asif Ali will also perform.

According to a statement issued by the Pakistan Cricket Board, middle order batsmen Iftikhar Ahmed and Khushdal Shah have returned to the national squad. Besides, Zahid Mahmood, Shahnawaz Dhani, Mohammad Wasim Jr. and wicketkeeper Mohammad Haris are also in the squad.

Haris Sohail, Salman Ali Agha, Sarfraz Ahmed and Sohaib Maqsood have not made it to the ODI squad.

Connect Us Through Linkedin

It may be recalled that the New Zealand cricket team is scheduled to arrive in Pakistan on September 11. A series of 3 ODIs and 5 T20 matches will be played between the two teams.

After that, the England team will come to Pakistan and play two T20 matches on October 13 and 14 in Rawalpindi.